Fito Paez: Author, composer, musician and movie director from Argentina. Member of the Trova Rosarina in the 80´s together with noble artists such as Juan Carlos Baglietto, Silvina Garré, Rubèn Goldin and Jorge Fandermole, among others. Scriptwriter and novelist. He is one of the most relevant figures of Argentine Rock from the last 30 years and he continues creating hits.

Rodolfo Paez, as stated in his ID, was born on March 13th 1963 in the City of Rosario. During his early life, football represented his main passion while his father´s music equipment entertained him with songs from Duke Ellington, Antonio Carlos Jobim, Frank Sinatra and even Astor Piazzolla.

During the 80´s and as a keyboardist, author and mixer in Baglietto´s band, he finally arrived in Buenos Aires and got to know the city.

“Dedicated to all who live in and with love”

One of those days, in the dressing room of the Coliseo Theater, he met Charly García and in a short period of time, he joined the latter´s band. There he also met the choir girl, who would then be his partner, the singer Fabiana Cantilo.

In 1984 he recorded his first solo record: Del ‘63, that impacted with music rooted in rock, jazz, tango and folklore, and lyrics that never turned a blind eye to the social reality landscape of those years.

He definitely became one of the new solo musicians from Argentina with greatest projection. He shared musical experiences with National Rock legends such as Charly and Luis Alberto Spinetta, with whom throughout 1986 worked in a musical project that became the legendary double album La, La, La; considered by the Rolling Stone magazine as the album number 61 among the one hundred best albums in the history of Argentine Rock.

In 1987 he recorded Ciudad de pobres corazones, a harsh declaration of principles in times when Paez flirted with the idea of settling in another country.

The following album, called Ey!, was edited in 1988 and represented the end of his first music contract. 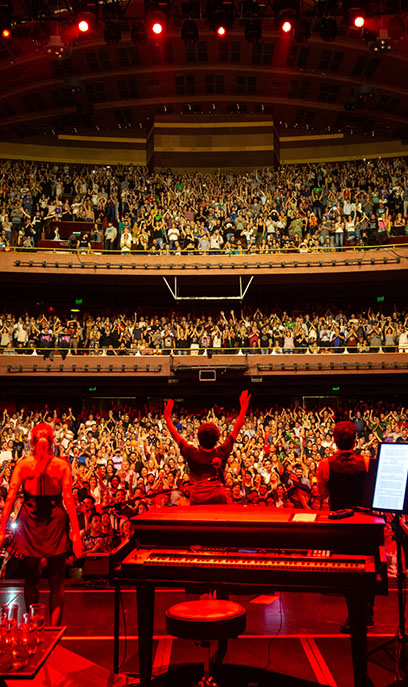 Fito began building his identity as a committed and complex musician in his compositions and profoundly refractory to the convulsed Argentine reality by the end of the 80´s. In 1990 he released Tercer Mundo, an emotional and powerful record in which it could be foreseen the massive success that Fito was about to achieve.

In July 1992 he released El amor después del amor. The album became an instant commercial success. Each of the songs became a hit on the radio and boosted the number of sold records to unimaginable figures for the local market in Fito´s musical history till then.

“Tumbas de la gloria”, “Dos días en la vida”, “Tráfico por Katmandú”, “A rodar mi vida”, “Pétalo de sal”, “Sacha, Sissí y el círculo de baba”, “Un vestido y un amor” were some of the hits that one after another made the album a classic that went beyond the 700.000 sold copies. This consolidated Fito as one of the best Argentine and Latin American artists of all times.

In 1994, after the unrepeatable success of El amor después del Amor, Fito edited the album Circo Beat, where he confirmed in an absolute manner, his figure as musician and his enormous popularity.

After that, followed: Euforia. His first live record, recorded by Fito in 1996, exceeded the double platinum with 135.000 sold copies and had three new songs: Dar es dar, Cadáver exquisito and Tus regalos deberían de llegar; all adapted to a unique style.

After recording for long months an album in partnership with Spanish Joaquín Sabina Enemigos Íntimos, Fito started to work on a painstakingly prepared project: make an album with producer Phil Ramone. In 1999 he started the production between Buenos Aires and New York, and in a few sessions registered the songs of “Abre”, the eighth studio album in Fito´s career.

In January 2000 he officially launched Abre in Spain, Mexico, and USA and embarked in an international tour with presentations in Los Angeles, Miami and New York.

The wheel never stopped for Fito and on August 7th of the same year, he went to the Middle Ear studio in Miami to record a new album. In those sessions, he registered the 13 songs for the record Rey Sol.

With this release by the end of the year 2000, Fito gives closure to an exceptional year in his career that showcased big presentations and the obtainment of two Grammy awards, in the first Grammy Latinos celebrated in the city of Los Angeles.

Fito not only continued creating unique musical pieces, but he also became involved in the movie business. In the year 2001 he produced, directed and edited Vidas Privadas, his debut and first movie with great actors such as Chunchuña Villafañe, Cecilia Roth, Dolores Fonzi, Héctor Alterio, and Gael García Bernal, among others.

Two years later, after devoting himself exclusively to movies, Fito resumed his activity as a singer full on. With a new musical band, a quartet, he visited Argentina, America and Spain for nearly two uninterrupted years on tour.

In March 2003, his new record Naturaleza Sangre saw the light. This was the first independent record that Fito edited with his own label Circo Beat, and it included participations of great artists such as Charly Garcia, Luis Alberto Spinetta, Rita Lee, Hugo Fattorusso and Gabriel Carámbula.

In February 2004, Fito participated for the third year in a row of the Festival of Viña del Mar, Chile. There he gained absolute public acclaim: the Gaviota del Plata awards, Gaviota de Oro, Antorcha de plata and Antorcha de Oro, the top awards given at this Festival make him one of the most important artists in all Latin America. 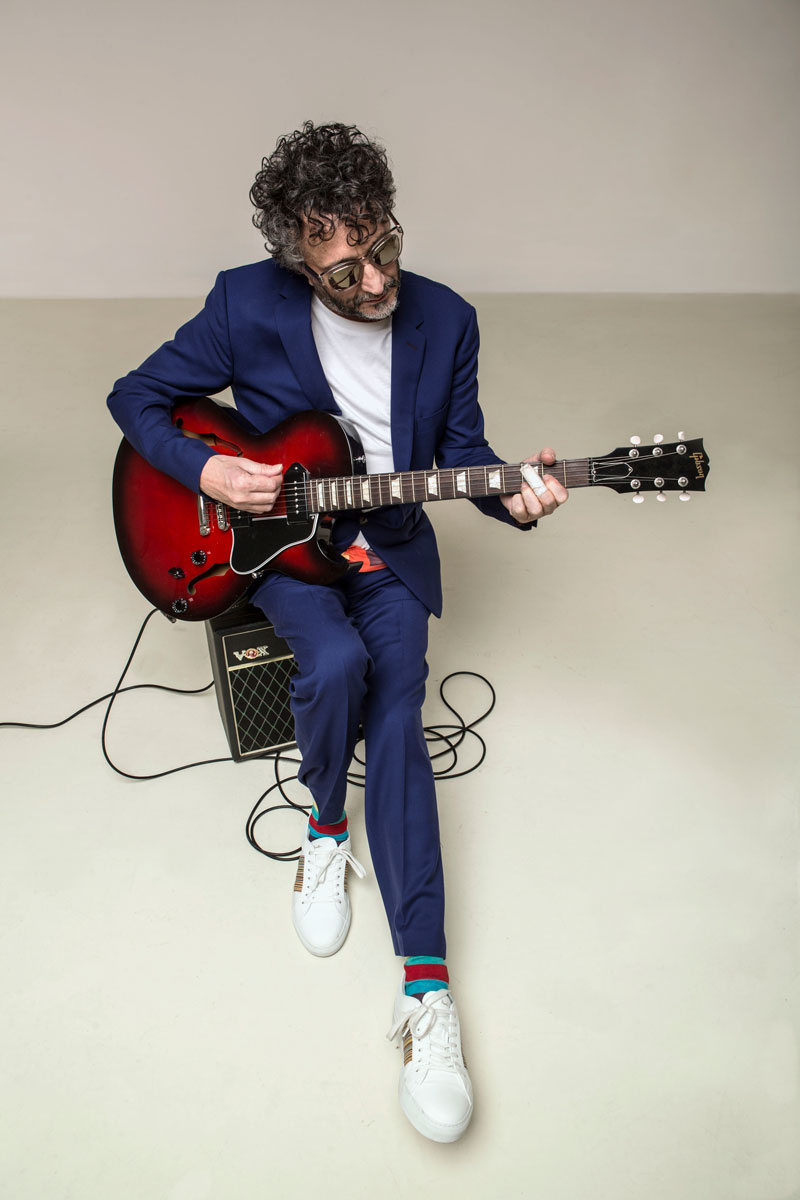 Mi Vida con ellas, was the following double record by Fito Paez. This idea came up after the concert he gave in the theater “El círculo” in Rosario, 20 years after his live show as a solo artist in “20 años no es nada”. Here not only did he allude to all the women who were part of his life through his songs. These women were also part of the art on the cover of that album.

March 2005: Fito joined his talent and energy to the impeccable music company of Gerardo Gandini. Together they performed a series of concerts that later took them to the recording of a sublime record: Moda y pueblo, the eleventh studio record in Paez´s career where he included versions of ´Desarma y sangra´ by Charly García, ´El otro cambio´ by Lito Nebbia, ´Muchacha ojos de papel´ by Luis Alberto Spinetta, and ´Los mareados´ by Cobián and Cadícamo.

In the year 2006 Fito was in Rosario directing his second movie ¿De quién es el portaligas? and recording his new record: “El Mundo Cabe en una Canción”, record that reached the status of “Golden Album” on its first day of sale.

After many years in his career, he received international acknowledgement with a Latin Grammy to “Best Vocal Rock Album” in 2007, that Fito won for this last record.

In August of the same year his thirteenth album Rodolfo was released for sale and a new musical experience came for Fito, he only relied on his piano and his voice. This one got the “Golden Record” and made Fito win two Latin Grammy awards in 2008 in the category “Best Album Singer”. 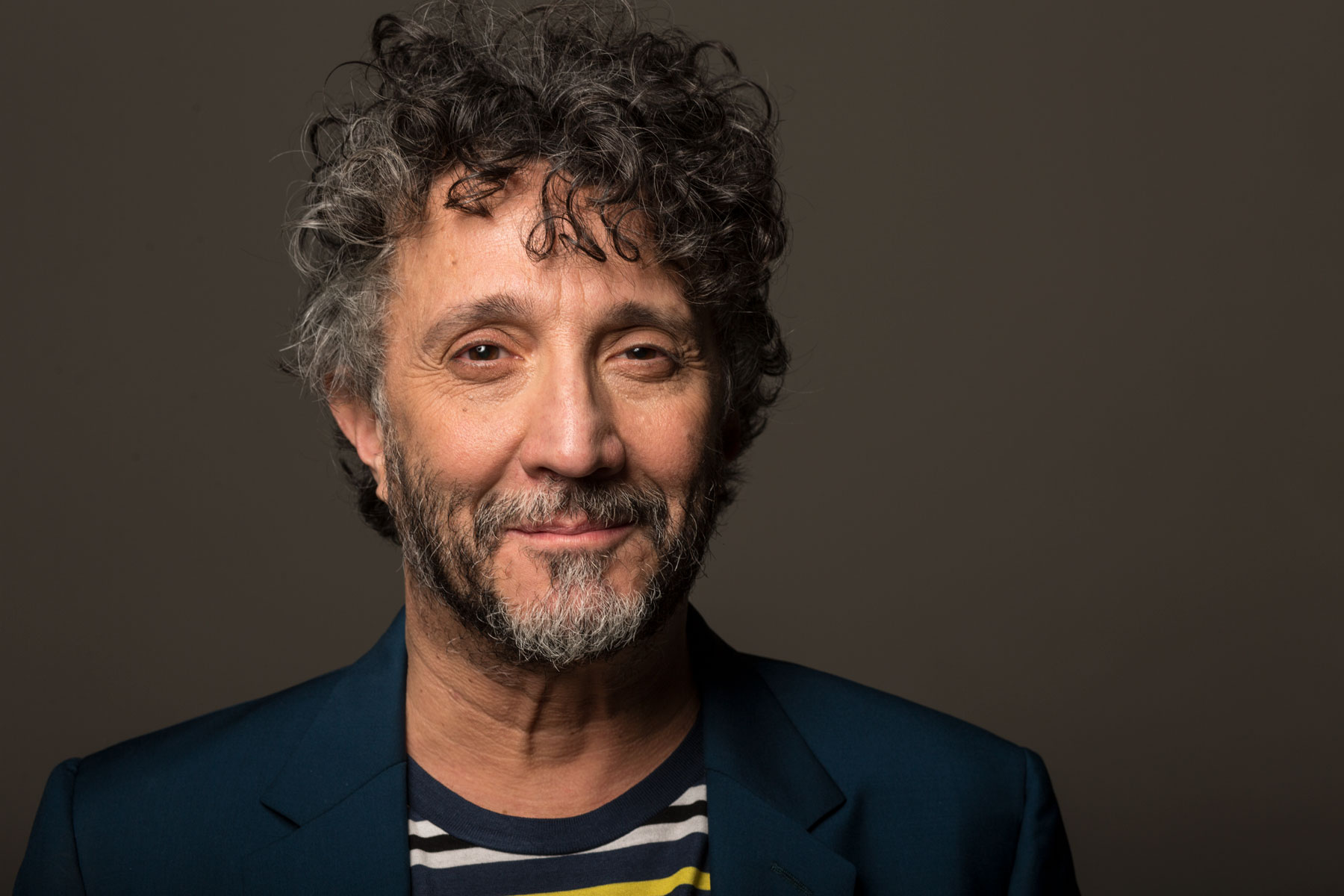 In the following months, Fito recorded live in Spain the record called No sé si es Baires o Madrid with special guests such as Joaquín Sabina, Pablo Milanés and Ariel Rot, among others. This one became a Golden Record a few days after its release and number 1 in sales during 3 weeks in Argentina.

In 2008 Fito performed more than 20 shows abroad, among them concerts in Miami and Brazil, he received the Grammy award from the Presidency due to his career and contribution to music, and that year became one of the most extraordinary in his career as a singer.

In November 2009 he won another Grammy award in the category “Best Pop Album Male Vocal” for the album No sé si es Baires o Madrid.

On March 16th 2010, Confía, went on sale, the record number sixteen in Fito Paez´s career, and once more, with Sony Music. What is more, Fito closed the celebrations for the bicentennial of Argentine Independence before 2 million people, in the mythical 9 de julio avenue.

During that same year he went on a European tour with an overwhelming success and sold-out tickets. He performed in cities in Spain, in London, Paris, Israel and continued with shows in Latin America. Halfway 2011 he closed his tour in GEBA stadium, and got ready for the launch of his new record: Canciones para aliens.

The year 2012 was very special since Fito started his tour celebrating 20 years of his record El Amor después del Amor.

He tours various cities from Chile, Costa Rica, Venezuela, Colombia, Brazil, Uruguay, Bolivia, México and Perú, among others. What´s more, several provinces in Argentina Buenos Aires, Mendoza, Córdoba, Santa Fe and Tucumán. This represented a whole experience for the audience that enjoyed live a masterpiece that branded a whole generation. 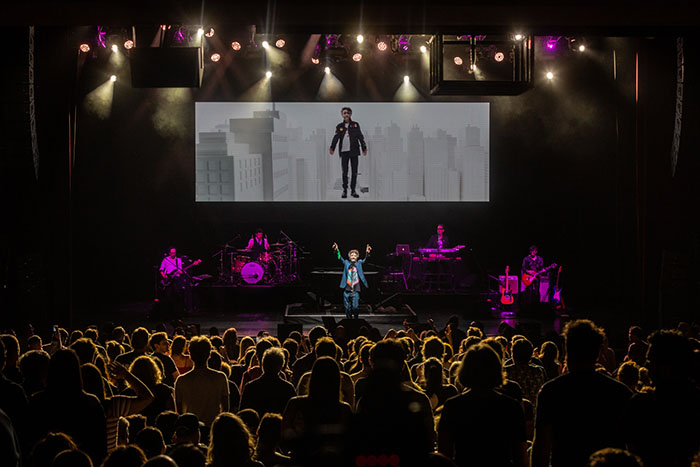 In the year 2013 he published his first work as a writer, the novel La Puta Diabla from Mansalva publishing house . At the same time, he edited the cds Sacrificio and Dreaming Rosario. A musical duo, realistic and romantic, that showed two very different faces in Fito`s composition tat that moment.

Yo te Amo is the twentieth first studio album by Fito. Composed and recorded during 2013, the record contains 11 new songs where numerous musicians and artists participated; and it was mixed in the studios Unísono in USA.

2014 is the year that Fito edited the album Rock and Roll Revolution (RRR) a record in which he decided to pay homage to Charly Garcia`s music, even in the choice of his cover.
“Rock and Roll Revolution showed Charly Garcia`s cultural relevance in the last decades. I composed it in two weeks and recorded it in Buenos Aires in other two, travelled to New York and there we did the final recording and mix with Joe Blaney”, according to Fito`s own words. The cover photo was taken by the famous photographer Andy Cherniavsky and the inside included photos of Paez with Charly, taken by Guido Adler.

“Rock and Roll Revolution showed Charly Garcia`s cultural relevance in the last decades. I composed it in two weeks and recorded it in Buenos Aires in other two, travelled to New York and there we did the final recording and mix with Joe Blaney”, according to Fito`s own words.

The cover photo was taken by the famous photographer Andy Cherniavsky and the inside included photos of Paez with Charly, taken by Guido Adler.

Fito was invited to present his books in the Book Fair of cities such as Guadalajara, Bogotá and Buenos Aires.

In November 2017, Sony Music edited La Ciudad Liberada, Fito´s new album with 18 songs of his authorship and a full display of all his poetry, music, stories, climate and visions. A feather that floats over “La Ciudad liberada” and lets the doors open to peek and discover his art.

This new material, the 23rd album in his celebrated career, contains nine new songs composed by Paez and was recorded by the well-known Argentinean engineer Gustavo Borner, winner of 16 Grammy Awards.

Its first single “Resucitar” was released on february 14th 2020, alongside with a video-clip directed by Fito Paez himself.